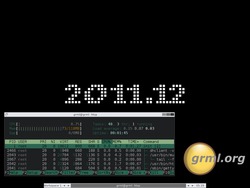 This release brings a downsizing and cleanup: one flavour, two architectures. The new, smaller flavour has a 350MB ISO size target, while still delivering over 1.1GB of open source software relevant for system administrators!

These Grml packages have been removed/replaced:

None at the time of the release!

Your comments, bug reports, patches, and suggestions will help fixing bugs and improving future releases. If you find a problem with the release please check the known bugs list and report problems using information on grml.org/bugs/. Please send your feedback and feature requests to the Grml team!

You can find out more about Grml on our website, IRC channel, and wiki.

Grml is sponsored by several companies. For more information about our sponsors check out the Sponsors webpage. Our main sponsors are: